Mistakes to Avoid on Your First Trip to Europe

A European vacation can offer Americans an unforgettable excursion to an exciting foreign world. Every year millions of Americans visit Europe and forge memories that will last the rest of their lives. For many, this is their first trip to Europe and brings all of the expected excitement.

However, inexperienced travelers from the United States sometimes make a few common mistakes that could add unnecessary stress to their vacation or annoy the locals. If you are planning a trip to Europe for the first time, here are a few of the common mistakes American tourists make and how you can avoid them.

Assume That Everyone Speaks English

English is one of the most widely-spoken languages in the world, and most tourists from the United States have learned that they can usually get around almost everywhere just by speaking English.

For the most part, this is true in Europe as well, where English is often widely-spoken among the local populations. Of the roughly 450 million residents of Europe, around 370 million have some degree of fluency in English.

However, even though you can usually get around most places in Europe with nothing more than English, you should not assume that everyone will understand what you are saying. Fluency in English does tend to vary between different European countries.

While places like the Netherlands and Germany have large populations of fluent English speakers, other major tourist destinations do not. This includes places like Italy and Eastern Europe.

Even if you are visiting a European country where the locals do speak some English, you should still try to learn at least a little bit of their language. Demanding that everyone speak your language often comes across as rude and thoughtless. On the other hand, attempting to speak even a few basic phrases is a good practice of basic traveler’s etiquette.

Only Visit the Big Cities

When traveling to Europe for the first time, the most obvious destinations are larger cities. Places like Paris, Florence, and Vienna have major attractions worth the trip. But not everything worth seeing in Europe is located in the major cities. If you don’t let yourself get out into smaller towns and the countryside, you will likely miss out on some fantastic experiences.

For many first-time tourists in Europe, the beauty of the Tuscan countryside, the grandeur of the Alps, or the cultural sophistication of French wine country offer just as much as the bigger European cities do. So, if you are planning your itinerary for your first European trip, try to pencil in at least one day where you can get out of the city and see a more balanced view of what that country has to offer.

For many first-time travelers to Europe, the thrills and stresses of planning their trip can cause them to forget about a critical aspect of travel: money. Ignoring the financial aspects of your trip until the last minute can add unnecessary stress to your otherwise perfect vacation.

Before embarking for Europe for the first time, it’s a good idea to note which countries you will be visiting and what currencies they use. Most European countries visited by American tourists are part of the Eurozone, meaning they all use the euro as their currency. This is convenient since you will not be constantly exchanging money if you visit multiple countries within this zone.

However, popular destinations like Switzerland, Sweden, and the United Kingdom have their own currencies, with different exchange rates from the euro and the dollar.

When buying things in Europe, it’s a good idea to understand the exchange rate of the local currency with the U.S. dollar. Prices may seem cheaper or more expensive in the local currency than they would in the States, and some tourists find themselves having spent more than they thought they did at the end of their trip. This is because they did not account for how much they were spending in American money.

You should also plan ahead on how you will pay for certain elements of your trip. For example, credit cards are usually required to rent a car. If you want to use an ATM to get cash in the local currency, check ahead to see if your bank has extra fees for international transactions.

Buy tickets for different tourist attractions online ahead of time since this may be cheaper than buying them onsite.

It’s a good idea to do some preliminary research to see what kind of things you may need to pay for in different countries. Don’t assume, for example, that public restrooms are free in different European countries. While train stations and other public locations in Europe have public restrooms, you will often have to pay a small fee (usually less than a dollar in USD) to access them.

Buying travel insurance may seem like an unnecessary expense at first. After all, when planning your first major trip to Europe, you most likely do not want to think about anything that could go wrong.

But the fact is, no matter how well you plan out your vacation, you could always face some kind of emergency. Travel insurance is an excellent way to provide peace of mind in a crisis.

Being a first-time tourist in Europe does not mean you have to act like a tourist the entire time. Of course, tourist activities do have their place. Tour buses, resorts, and other things catered specifically to tourists can provide excellent introductions to the countries you’re visiting.

But you should still spend a day or two trying to get out of the tourist groove and experience the country as the locals do. Instead of taking a taxi, spend a day taking public transportation. Instead of eating at American chain restaurants, find a smaller local establishment to try out more authentic cuisine.

For example, if you plan to visit Paris for the first time, it’s a good idea to have at least one day exploring smaller cafes and local parks instead of just waiting in line at the Eiffel Tower or the Louvre your entire trip. Seeing the city as the locals do can add a much richer dimension to your experience of Europe and make your trip more memorable.

A first trip to Europe can be a daunting prospect. But with the right travel advice, you can save yourself unnecessary stress and hassle that all too often comes with vacations. Tips-Travel.com for more helpful travel articles on topics like saving money, keeping yourself safe, and integrating yourself in local cultures like an experienced traveler.

9 Europe Travel Tips You Need to Know Before You Go 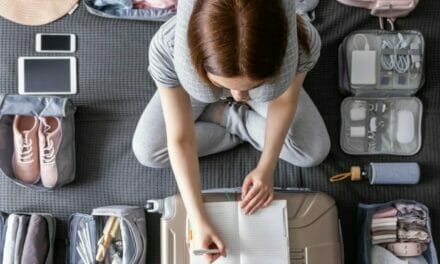 9 Essential Packing Tips You Should Know 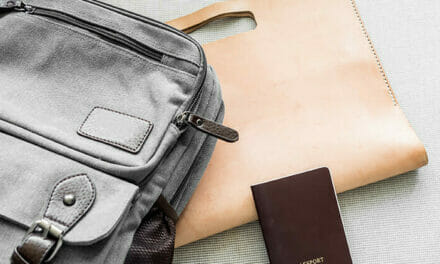 Packing Guide for the Minimalist Traveler 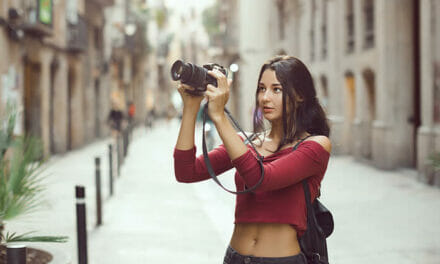